In “The Good and Beautiful God,” the author quotes the writings of his mentor Dallas Willard, “The process of spiritual formation in Christ is one of progressively replacing destructive images and ideas with the images and ideas that filled the mind of Jesus himself.” The author was a religion and philosophy major in college with hopes of becoming a pastor, and he went to check out word of a woman who was spreading “fire and brimstone” sermons each day at the nearby university. He saw how students gathered by the hundreds to basically mock her, “and precisely at 10:50 every week day morning she would stand up on a park bench in the middle of the campus, open in prayer, and start preaching – rebuking, really – for about twenty minutes. Each week the crowds got larger and larger.” She told the crowd that God sent her to the college to scold them for the various things they did as sinners. The author knew part of what she was saying was true, “God is mad at you because of your sin, and your sin is going to cause you to burn forever in hell.” The problem was she made no mention of God’s love or his grace or his son Jesus. She added nothing that might help the people change except guilt and fear, which were only temporary motivators.

There is a deeply embedded narrative in the culture and the church that says God’s favor is earned, that love and forgiveness are based on how people live their life. Its true, God does not want sin, and God does want us to do well, but that is because sin is harmful to us, and acts of goodness benefit everyone. “From a young age we learn that our parents love is dependent on our good behavior; that school grades are given based on our performance; that affection is offered on attractiveness; that rejection, loneliness and isolation are the consequences of failure. When every person in every situation in every day of our lives treats us on the basis of how we look, act and perform, it is difficult not to project that onto God.” God is a being that is all seeing, all knowing, and sees beyond our troubles, he would not withhold his love from us.

Stories in the Old Testament come into play, as God is seen saving groups of people from dire situations even though they did nothing to deserve salvation. The author says how all musicals can be broken down into “boy meets girl, boy loses girl, boy gets girl back,” if we tried to explain the whole story with only “boy loses girl,” our understanding wouldn’t show everything. “The same is true when we take an isolated story that troubles us and fail to see the entire narrative,” we cannot build our doctrine of God on it. “There is a story of unearned grace, of a God whose love is not thwarted by human sinfulness, and of Christ who dies for sinners.”

Matthew 20:1-15 tells a parable of generosity, as the vineyard owner hires workers at different times of the day and at the end of their day he pays them all a full days wage regardless of how long they worked. The workers who worked the longest complain that is unfair, and the vineyard owner disagrees. “We live in a world where people demand, oppress, wound and condemn. In our world we earn what we get. So we project that onto God. Its easy to conceive of a demanding, oppressive, condemning, wounding God who must be appeased. The God Jesus knows is utterly generous.”

Most people are generous when they have more than they need, but we can also be generous when we have very little. Generosity then flows from either a sense of abundance or a feeling of compassion. God is moved by both. He is generous because he has an abundance, and he has compassion because he sees our need. We have an abundance of love, forgiveness, acceptance, and kindness, yet we do not live our lives generously because we grew up lacking something and we feel as if we are always lacking and afraid to share what we have with others. Even though we don’t deserve what we have been given, God continues to give, because he is not interested in what we can do for him. God is interested in something more important than our good works.

God wants you to know him and to love him. The book describes God as a small child who delights in every person it sees, delighted in awe of his creation. As God loves us, we are supposed to love one another. Our thoughts about God will determine how we live our lives, “If we think of God as harsh and demanding, we will probably cower in fear and keep our distance,” but if we find him to be loving and generous, that will draw people closer.

The soul training exercise for the chapter covers praying Psalm 23, and asks us to do so as often as we can for that week. 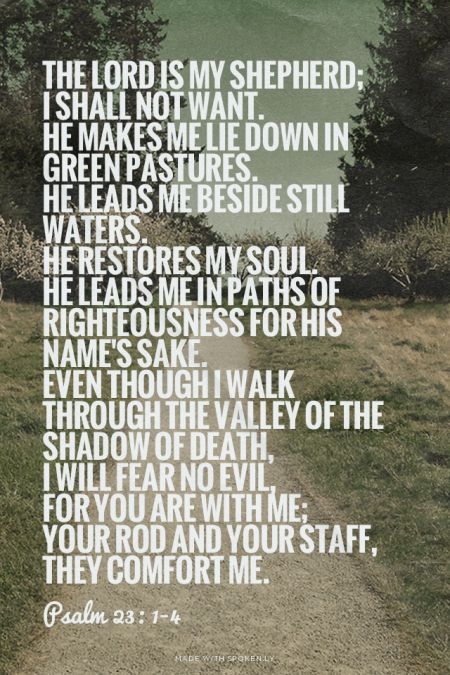 A friend posted, “I love coming across nice people in college. They seriously inspire me to keep that flame alive no matter the pain in this world. Yes, people are corrupt, and mean, but keep being nice, keep spreading love, keep giving. Eventually you’re going to spread so much love and kindness and make a world of a difference for someone and even you’ll feel better. Never stop being kind even when the world wants you to kill that side within yourself.”

My college ministry group is going on its annual Infusion retreat, and because there is a cost associated with it, the money to go on the trip is an answer to prayer for many students. Somehow the ministry makes it work each year for every student to go on the trip who wants to. God Is Generous.

I thought about it and there are many days when I am not generous. I don’t like how groups are always asking me for donations. I can be very sociable and willing to help out, but some of my greed over physical things weighs me down. We get so tired of the street signs and the phone calls with people asking us for money that we don’t always recognize a need from some beggar on the street to a certain photography museum in New York City that already receives plenty of government support.

Final exams are over. Grades have been posted. With a little hard work, I was able to do better this semester, and move on to Academic Probation II, which will help me get out of academic probation altogether. I never had to worry about these things until my Junior year of college. Now i’m struggling all the sudden. Part of this was I hated the way a few of my classes were setup. The professor just talked endlessly. We accomplished nothing.

IN MY YOUNGER and more vulnerable years my father gave me some advice that I’ve been turning over in my mind ever since. “Whenever you feel like criticizing any one,” he told me, “just remember that all the people in this world haven’t had the advantages that you’ve had.” -F. Scott Fitzgerald, The Great Gatsby

I tend to be a very judgmental person, but I try my best to understand people beyond what I might see on the surface, because every person has their own story, and if you see someone as “oh he’s just dumb, there can’t be any deeper reason why he’s doing that,” you might miss the bigger picture.

Follow Know It, Tell It, Live It… The Story. on WordPress.com 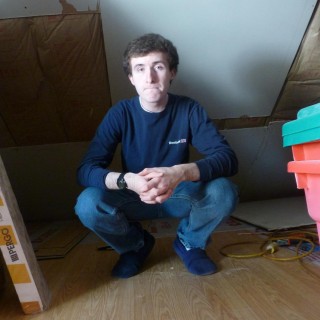 My name is James. I'm the occasional writer, carpenter, and photographer. There is more to it than that I was just covering the basics.